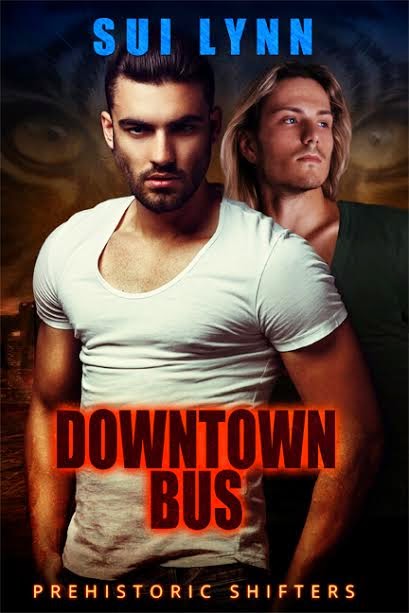 Micah Lewis is minding his own business, on his morning commute dreaming of freedom, and mountain forests. It’s an unattainable dream as he‘s an owned man. His parents sold him and his twin to a fae collector, who uses Spencer to control him. He is forced to live in a cage on display when not working in the fae’s factory.

Daniel Hawthorn arrives in the city just in time to have his bike break down, forcing him to use public transportation. When he discovers his mate, a beautiful, blond, human man who seems to be extremely shy, he decides to make his approach very carefully.

Micah agrees to meet with Daniel, but things don’t go as planned. Secrets and ancient legends come to life sparking a cross country escape to the mountains of Montana. Will Daniel get to keep his mate? Will Micah attack and kill him? Will Leopold the Fae find and kill them both before they even have a chance to discover love?

Micah detested the city. He sat on the downtown bus, staring at the traffic and sighed. He’d left early to miss as much of the overcrowded press of humanity as possible. He hated crowds. But even the oppressive scent of dirt, body odor and diesel fuel that permeated the packed, morning bus was preferable to remaining in what passed for his room. At least this was a distraction from the truth of his life.

The time on the bus was the only time he had to himself. So he opted to take the early bus, avoiding at least some of the people. It meant he would arrive an hour early for work, but he’d take the wait over feeling like a sardine, anytime.

He stared into the darkness, the sun hadn’t even broken the horizon. In fact, it wouldn’t for a couple hours. Working in a bakery meant starting his day before most of the city awoke and being off around noon. Dreams of grass, open skies, mountains and pines as far as the eye could see, filled his thoughts. He’d never seen such places in person. City life was all he’d ever known and it seemed unlikely, in his current situation, that he would ever see such things. Besides, his life wasn’t his own to live as he wished. He had his younger twin’s welfare to think about. Spencer depended on him to do the right thing by both of them.

The bus began to lurch. The brakes hissed and then the bus jerked to a stop. Passengers got on and off, before the engine roared and a plume of black, diesel smoke was left in their wake as the bus pulled away from the curb.

Micah closed his eyes. He envisioned himself lying on a grassy hillside at the foot of a mountain under cerulean skies surrounded by a thick forest. The warm scent of earth, grass and pine engulfed him. He’d only ever seen such places on television. He had little idea what such a place would truly smell like, he could only compare it to the park, without the odor of humans and machinery, but he imagined it would be heavenly.

The bus arrived at the next stop, jerking to a halt. Air, warm, humid and heavy with exhaust, rushed in with a crush of people shuffling for seats. Even at this hour, the city was alive with the coming and going of people. Some were getting off the late shift others, like himself, were part of the first shift of the day.

Micah felt his seat move as someone sat next to him. He ignored the person. Preferring to be lost in his early morning imaginings, rather than attempting polite, small talk, he tried to pretend he was alone. The door hissed, the diesel engine roared and the bus rolled on.

Micah tried to focus on his dream forest, but a distinctly different scent from that of his usual fellow passengers intruded on his musings. It wasn’t odd for an odor to overwhelm him and force him out of his imaginary sanctuary. Horrible aromas abounded when humanity packed itself together in overpopulated, poverty stricken cities. But this scent wasn’t offensive. He’d never encountered anything quite like it. It tickled his senses so much he was tempted to open his eyes and look at the passenger sitting beside him.

“Is it always this busy?”

“Excuse me?” Micah turned, opened his eyes and faced his fellow commuter. Clamping his lips shut, he was barely able to keep his stunned gasp to himself. The man was tall, broad-shouldered, and muscular. His dark hair poked out from beneath a baseball cap, a light dusting of facial hair accentuated a strong, square jaw-line. Micah had to struggle to draw his gaze from the man’s light pink lips, up to meet his eyes—gray with brown-gold specks—surrounded by long, black lashes most models would kill for.

“There’re so many cars and people, like scurrying ants, so intent on their day, oblivious to their surroundings. It’s amazing and overwhelming.” His voice felt like a caress, sending a wave of shivers down Micah’s spine.


“This is nothing. Give it another hour or two, then you’ll see busy. The road will fill with so many cars that the traffic will barely crawl along.” Micah couldn’t believe this stranger was speaking to him. This drop dead, gorgeous male—who fidgeted and squirmed, leaned into Micah’s side crowding him slightly. The man’s focus seemed to bounce around, never settling on any one thing, but returning to Micah.

“I just can’t imagine so many people all in one place. It feels a bit claustrophobic to me. Do you find it hard to live among all these people?”

“Well, yes. But I don’t have any other options. I have a job and responsibilities.” Micah frowned at the beautiful stranger. This was more than he’d ever said to anyone on a bus—ever. Most people ignored each other, not getting involved in the lives of strangers, even though they saw the same people on the same routes day after day.

“So you do this every day, even though you don’t like it or want to?” The man smiled at Micah understandingly.

“I don’t have time for fun,” Micah chuckled and tried not to stare at the slight downturn of the man’s luscious lips. This conversation was getting a bit too personal.

“No fun! How can anyone live without fun?”

“I have fun...I guess when I’m not working,” Micah grumbled, defending himself, trying not to let his irritation show. The questions were innocent enough, and should have been easy to answer, for anybody else. It wasn’t the stranger’s fault Micah couldn’t answer them. Micah turned and stared out the window, trying to subtly end the conversation.

“Oh, so what do city people do for fun?” the stranger persisted.

“I don’t know. People do all sorts of things. Some go to concerts, out to clubs drinking or dancing, or some like going to sporting events, the movies or theater... the park.” Micah turned back, again facing tall, dark and handsome, only to be lost in the man’s eyes. I enjoy looking at you, Micah thought, immediately starting to blush. He closed his eyes and turned, trying to hide his response to the man by staring out the window.

“They do?” The man’s voice softened, as if to encourage Micah to continue.

“Me?” Micah couldn’t resist, turning back and refocusing on those soft, gray eyes.

Micah felt flushed as visions of nibbling on the beautiful man’s lips until the color changed from light pink to a ravished red flashed through his mind, his cock hardening to an uncomfortable half-mast in his jeans. He felt the urge to squirm in his seat but didn’t want to give himself away.

“I don’t know—I guess…” Micah could feel himself blushing, the heat rising from his neck and flooding his face.

“So what’s your name? I’m Daniel—Daniel Hawthorn.” Daniel held out his hand.

“Micah Lewis.” Micah accepted Daniel’s hand in his own. He was expecting a firm handshake, but Daniel just held his hand, placing his other hand over the top. If they held hands slightly longer than necessary, neither of them seemed inclined to break the contact. Micah certainly enjoyed the feeling of Daniel’s rough, calloused fingers brushing over his hand, before Daniel slowly let go.

“Well, Micah, how about this? I’d love to spend more time with you and get to know you better. Maybe we could meet up later and see if we can do whatever it is that has you blushing every time I ask you what you do for fun?” Daniel waggled his eyebrows.

Micah’s eyes widened in shock. “Are you hitting on me?” he blurted a bit louder than he had intended, his hand flying to cover his mouth in surprise at his own directness.

“Let me tell you a secret,” Daniel leaned in conspiratorially. “I’ve watched you ride this bus every day for the last two weeks. I’ve wanted to say hi, but didn’t know how. So, yes, I’m hitting on you.”

Micah began to nod, despite the fact he knew he shouldn’t. “Sure, we can meet after I get off work. I’m usually finished at the bakery around one.” He shouldn’t be doing this. Micah bit his bottom lip nervously. He’d never met anyone after work before, not like this. He wouldn’t be able to stay long, but it’d be worth the discipline to pretend he was normal. Even if it was for just a little while, an hour or two. “What do you want to do?”

“I already told you, handsome Micah. I want to do whatever makes you blush so beautifully. I’ll pick you up in front of the bakery. I’ll be waiting for you.”

Micah’s face had to be flaming red. He’d never felt so flushed, like he was about to break into a very unattractive sweat. He wanted to reach out and touch Daniel so badly. The man looked completely edible, and the urge to kiss him, taste him, had Micah clenching his fingers into fists at his sides. “Umm, o-okay.”

Daniel leaned into Micah and whispered, “Simply gorgeous. I can’t wait to find out what makes you blush like that.” The bus lurched to a stop and Daniel arose from his seat, standing beside Micah. “Until one.” Daniel exited the bus leaving Micah to stare after him.

Micah couldn’t believe he’d said yes. There would be hell to pay for that momentary lapse. Just the feeling of elation, that he had a date, was worth it. A cool guy was interested in him and it made him feel alive. It was the first time in years he wanted to smile and believe in endless possibilities, even though there weren’t any.

Available soon from Amazon and other major ebook providers. 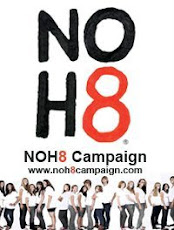